~2 week lead time on orders - Thank you for your patience

Subiestickers.com was established in 2008 in Los Angeles, California by Kevin of HSPN Networks LLC, to provide vinyl decals, stickers, apparel and accessories to the SUBARU enthusiast community. Since then we’ve partnered with many great brands and SUBARU enthusiast forums to provide outstanding service and quality products that celebrate SUBARU ownership.

Ten years later, in late 2018, we rebranded to Subie Stickers. After being bought by long time Subie enthusiast, Brian of Fierce Enterprises LLC. After a short 6 months of operating in Vista, California. We then packed up and relocated to the Tampa, Florida area. Where Brian got to work reviving the website, designing new products, filling orders, and striving to provide quality vinyl products with responsive customer service. Things then really took off, bringing Subie Stickers back and smashing all former sales metrics. Brian currently fills all roles and duties at Subie Stickers and he certainly has his hands full. 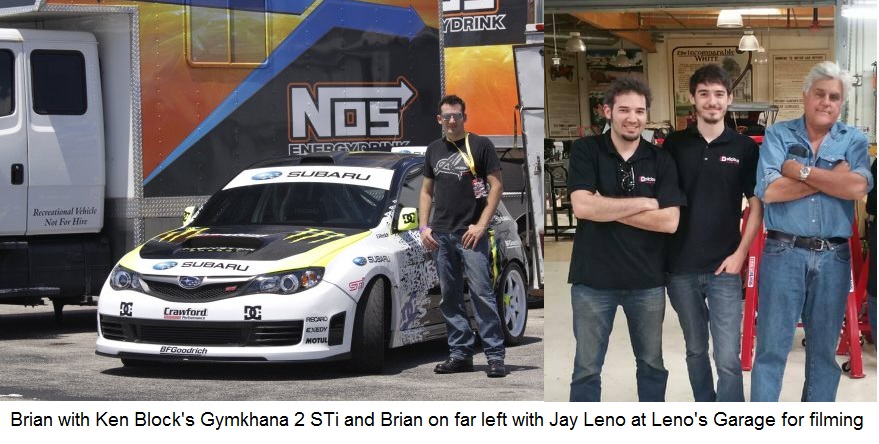 Brian is a Military Veteran and former Aerospace Design Engineer. He is originally from the Midwest and a third generation sticker manufacturer. Brian's paternal Grandfather owned a print shop and his Father worked in the label and printing industry for most of his career, from the bottom to vice president of a small labeling company. On his maternal side he comes from a long line of successful small business owners. He's been in the automotive aftermarket for several years, where he served as former Chief Technical Officer and Design Engineer of Delicious Tuning Inc. You may also know him from the 2017 SEMA Launch Pad competition or a few brief appearances in TJ Hunt or Dustin Williams YouTube videos. Brian has had a passion for SUBARUs ever since buying a WRX in 2003 after an overseas deployment. Shortly after, he helped establish and grow a Subaru enthusiast community in Southern California; All Wheel Junkies. He also has been to many racetracks around the U.S. while serving as track support and crewman for Gardner Automotive Communications (GAC, now DG Spec), Crawford Performance and even LG Motorsports during the Speed World Challenge; He even had the honor to wrench on Ken Block's Gymkhana 1 & 2 cars! His automotive aftermarket career has taken him to incredible places that he never dreamed of. Going to Jay Leno's garage was one of those unforgettable highlights.

Brian is extremely passionate about the SUBARU community and cars in general. He brings his attention to detail, engineering experience, sticker heritage and passion for design to Subie Stickers to accelerate it forward into the decades to come.